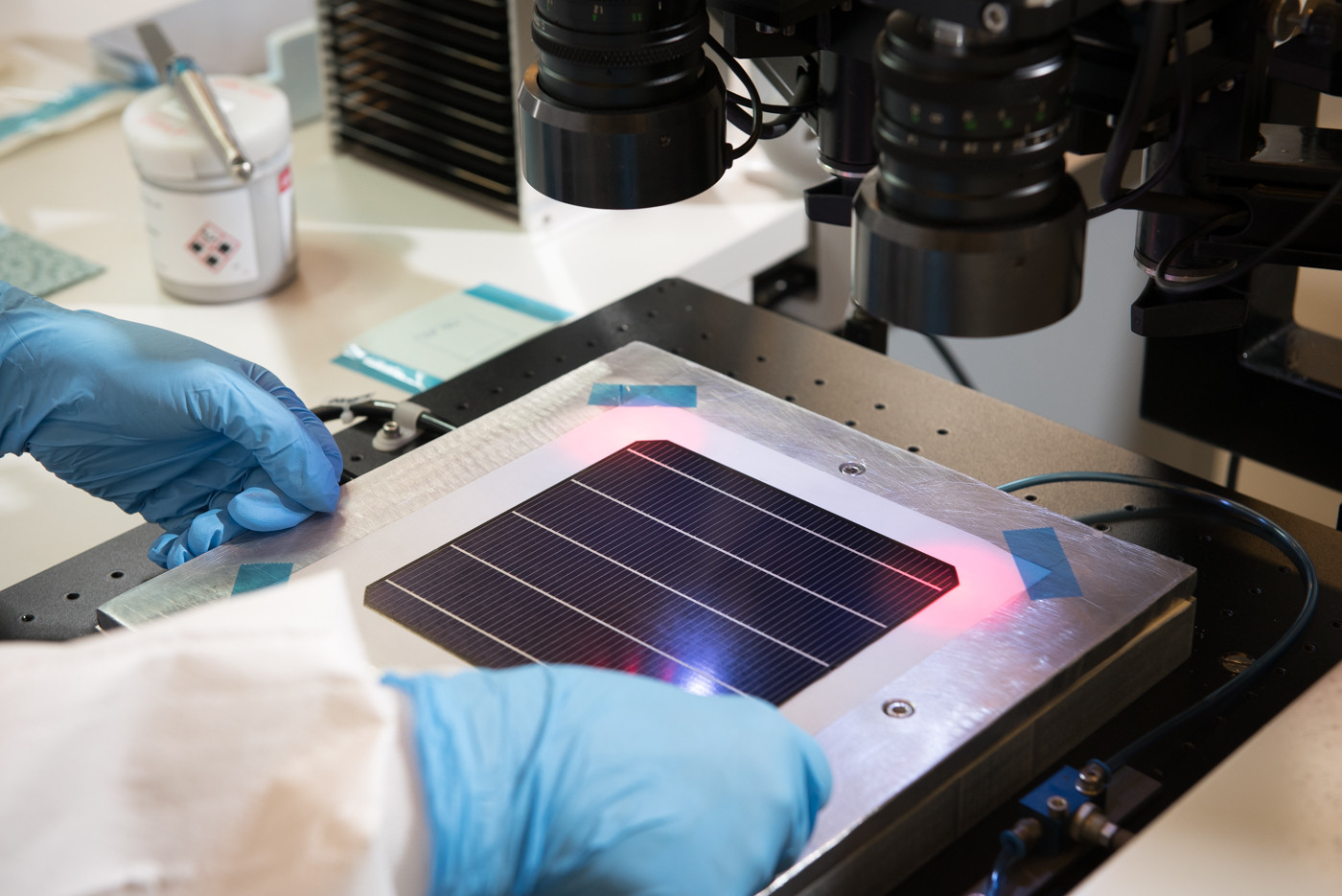 11 July 2022 – Solar photovoltaics (PV) has a crucial role in decarbonising homes, businesses, and industries. It is increasingly being adopted as a cost-effective, reliable and sustainable energy generation solution. Global installed solar PV capacity has risen from 2 GW in 2002 to more than 1 TW (1000 GW) in 2022, and it is expected to continue to increase substantially over the next decades as countries aim to meet their climate goals and energy security needs.

Perovskite-on-silicon solar cell technology generates more electricity than standard silicon technology and holds significant promise to accelerate solar deployment around the world. The technology is based on a tandem system where a perovskite cell is deposited on top of a silicon cell, maximising the power generated from the combined cell. This tandem technology has broken world records for solar conversion efficiency, which now has reached above 31%.

Understanding the environmental impact of solar PV modules across their entire lifecycle is essential for the design of more sustainable solar energy systems. However, lifecycle assessment on perovskite-on-silicon PV modules have so far relied heavily on data from laboratory and test facilities rather than manufacturers. Now, in a paper published in Sustainable Energy & Fuels, for the first time researchers have assessed the environmental performance of industrially produced perovskite-on-silicon PV modules.

“We have found that perovskite-on-silicon PV modules are more environmentally advantageous than conventional silicon heterojunction modules over a 25-year lifetime,” says Bernd Stannowski from Helmholtz-Zentrum Berlin, a co-author of the study.

The researchers conducted a comprehensive lifecycle assessment of a perovskite-on-silicon module across a number of categories including global warming potential, water consumption, human and marine toxicity, and metals usage. They assessed the materials and energy input for a module’s ‘cradle to gate’ lifecycle, covering all materials and energy input for wafer production, manufacture of the perovskite cell, and module production.

The researchers then weighed up the environmental impact of the tandem module against the electricity generated over its lifetime.

“We found that the perovskite-on-silicon module has 6% to 18% less environmental impact than a silicon module, when we consider the additional energy generated over the tandem module’s 25-year lifetime,” says Martin Roffeis, co-author from The Technical University of Berlin.

The tandem module used in the study would generate the same amount of electricity in 22 years as the referenced silicon heterojunction module over 25 years.

“The higher power conversion efficiency of the perovskite-on-silicon tandem module compensates for its environmental impact due to the additional perovskite material and processes,” notes Jan-Christoph Goldschmidt, co-author who carried out the study while at the Fraunhofer Institute for Solar Energy Systems, and who is now at The Philipps University of Marburg.

The study also finds that the environmental performance of a perovskite-on-silicon module is largely influenced by energy consumed during the production of silicon wafers.

Oxford PV provided the perovskite-on-silicon module and process data for the study from its volume manufacturing line in Germany.

“The sustainability of solar materials and supply chains is growing in importance as the world deploys solar at the multi-terawatt level,” says Laura Miranda Pérez, Head of Materials Research at Oxford PV. “We hope our contribution will help industry and the wider scientific community to improve the design, production, and end-of-life management of tandem technologies, supporting their rollout.”

The paper “New insights into the environmental performance of perovskite-on-silicon tandem solar cells – a life cycle assessment of industrially manufactured modules”, is written by Martin Roffeis, Simon Kirner, Jan-Christoph Goldschmidt, Bernd Stannowski, Laura Miranda Pérez, Christopher Case and Matthias Finkbeiner. The paper appears in Sustainable Energy & Fuels on 7 May 2022 and can be accessed at https://pubs.rsc.org/en/content/articlelanding/2022/se/d2se00096b

Global solar PV installed capacity data in this news article is based on figures from Global Market Outlook for Solar Power 2022–2026, by SolarPower Europe, 2022.