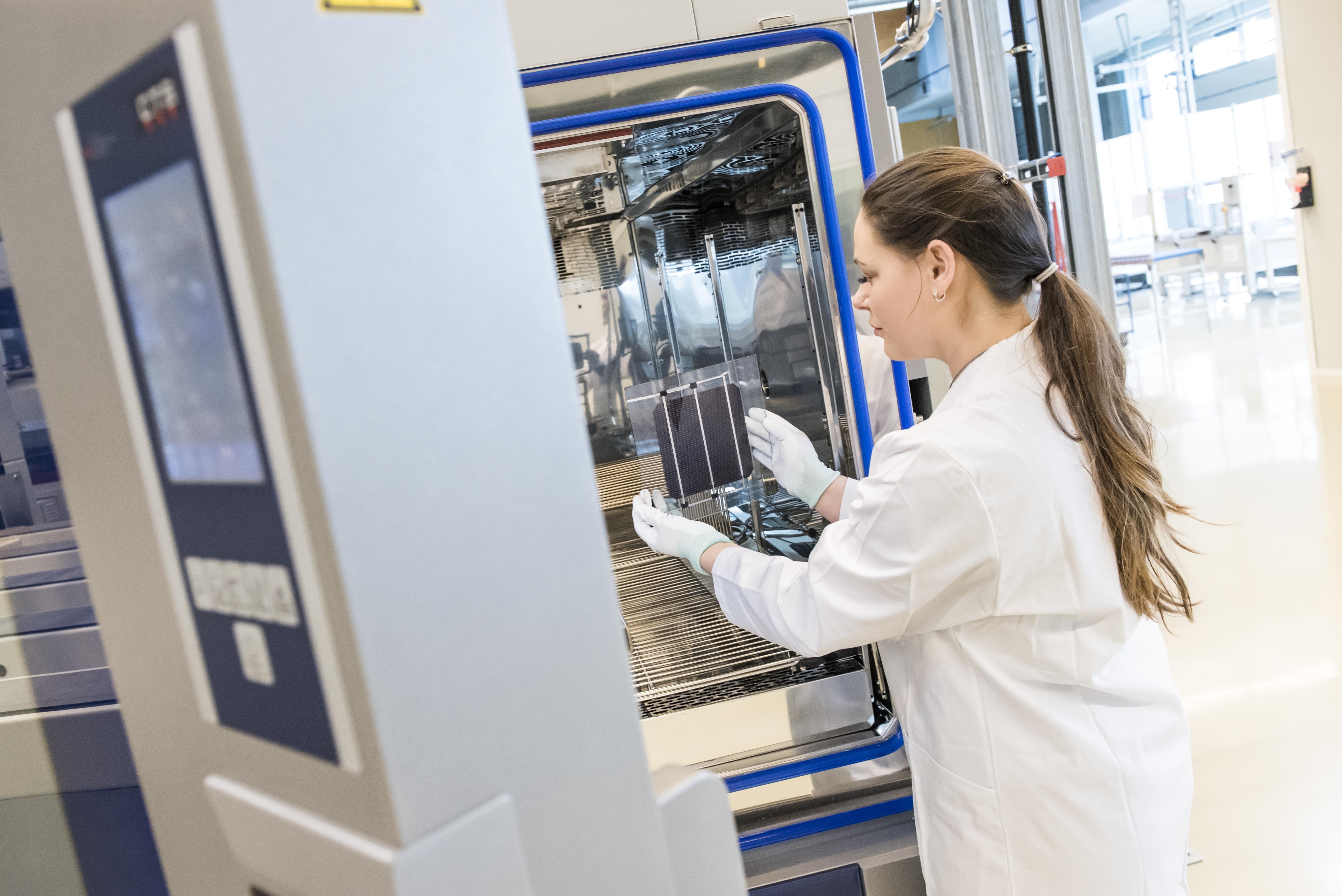 CPEC-7, 15 June 2018 - Oxford PVTM – The Perovskite CompanyTM, the leader in the field of perovskite solar cells, today announced that a 1 cm2 perovskite-silicon two-terminal tandem solar cell, engineered collaboratively with Helmholtz-Zentrum Berlin (HZB) and the Photovoltaics and Optoelectronics Device Group at the University of Oxford, led by Professor Snaith, had achieved 25.2% efficiency. The efficiency was certified by the Fraunhofer Institute for Solar Energy Systems ISE and was presented at the WCPEC conference this week.

“With our combined progress in efficiency, stability and reliability, our perovskite-silicon tandem solar cell technology is now reaching its commercial potential. As with any new technology, the biggest challenge is transferring the technology from the lab and scaling up to high volume manufacturing. The company has already made great progress in this respect and our industrial pilot line is producing commercial sized 156 mm x 156 mm perovskite-silicon tandem solar cells for validation by our development partner – a major manufacturer of silicon solar cells and modules.”

Oxford PV’s perovskite-silicon tandem solar cell technology is a two-terminal design. This approach will support the ease of integration into module fabrication and photovoltaic systems and eliminates the additional materials, weight and power invertor challenges of four-terminal tandem cells.

The company has had a close working relationship with Professor Snaith’s (Oxford PV Co-Founder and Chief Scientific Officer) research group at the University of Oxford, since Oxford PV was established in 2010. In January 2018, Oxford PV announced its collaboration with HZB, the leading centre in Germany focused on perovskite-based multijunction solar cells, concentrated in its PVcomB and HySPRINT labs, headed by Professor Schlatmann and Professor Rech.