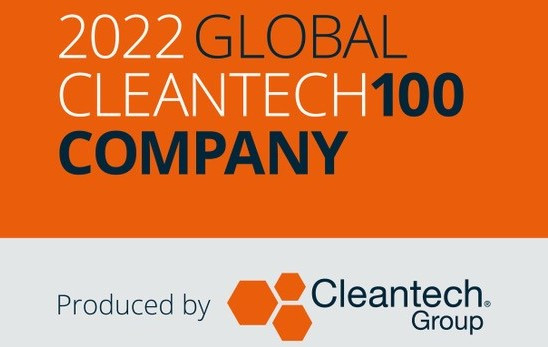 17 January 2022 – Oxford PV, the leader in the field of perovskite solar cells, is pleased to announce it has been named a 2022 Global Cleantech 100 company.

The 100 companies on the list by Cleantech Group, picked out of more than 10,000, represent the companies best positioned to deliver solutions that will take the world from commitments to actions in the sprint to net zero.

Frank P. Averdung, CEO of Oxford PV, says: “Recognition in the Global Cleantech 100 list reflects the significant potential of Oxford PV’s perovskite solar cell technology in the net zero transition and the outstanding success of our team in bringing the technology into manufacturing. Our perovskite-on-silicon solar cells pave the way for a new class of high-performance solar panels, generating more energy while reducing the cost of solar power further. We are proud to be named for the second time in this prestigious list, and we look forward to playing a key role in accelerating the move to renewable energy.”

Oxford PV’s perovskite technology has set world records for the amount of solar energy that can be converted into electricity by a single solar cell. In July 2021 the company completed the build-out of its manufacturing site in Brandenburg an der Havel, Germany, which houses the world’s first volume manufacturing line for the company’s perovskite-on-silicon tandem solar cells.